This performance explores the bond that purportedly exists between a man and their gun, and through it, investigates the nature of my own attraction to weapons and military culture. My goal was to stage a complicated and compromised version of a bonding ritual that would question the sexualized, hetero-masculinist culture around guns.

Beginning in a tent and then moving into the crowd, this performance worked through an escalating series of caressesâ€”rubbing the butt and barrel of the weapon, working my mouth over its partsâ€”sustaining a forced eroticism as far as I could take it.

My display of desire and attempted gratification described an absurd relationship with the weapon, and through its explicit physicality, placed the audience in a position of uncomfortable, complicit involvement in my actions. Rather than using possession and ownership of the weapon to establish power over the audience, my interaction compromised my position, inverting the typical hierarchy surrounding the weapon. 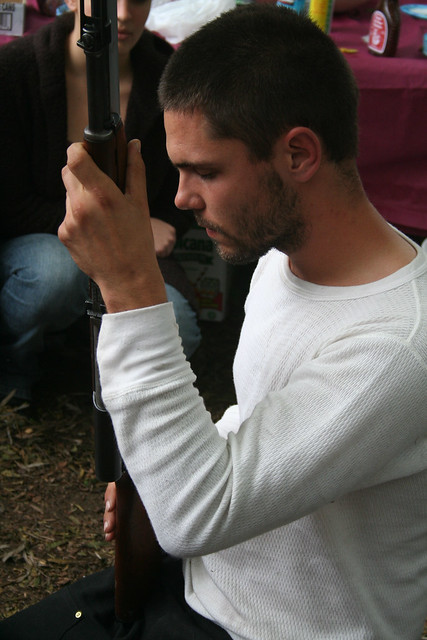 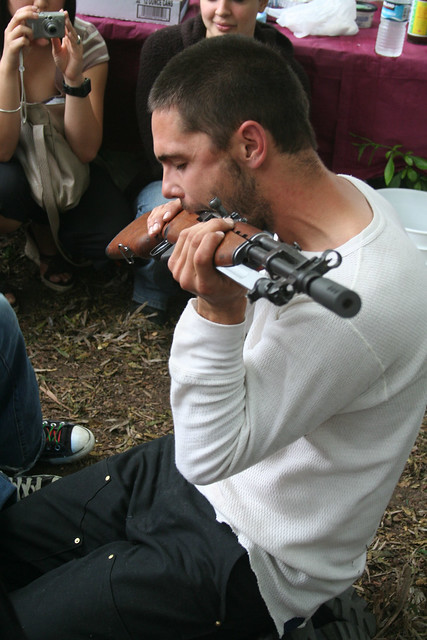 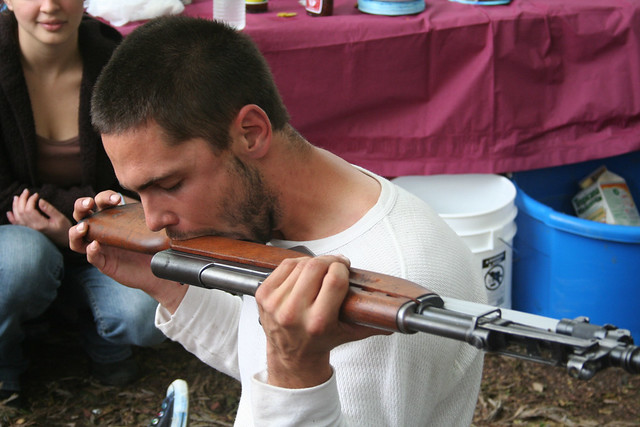 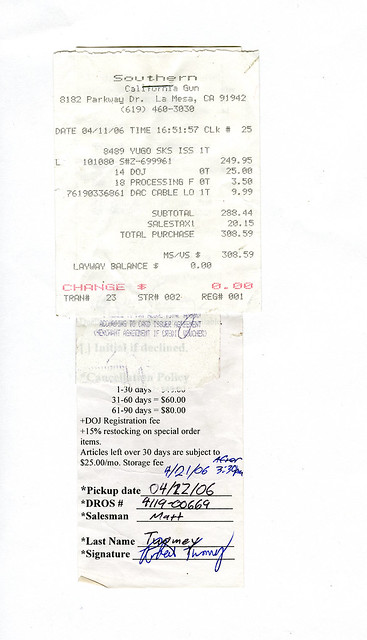 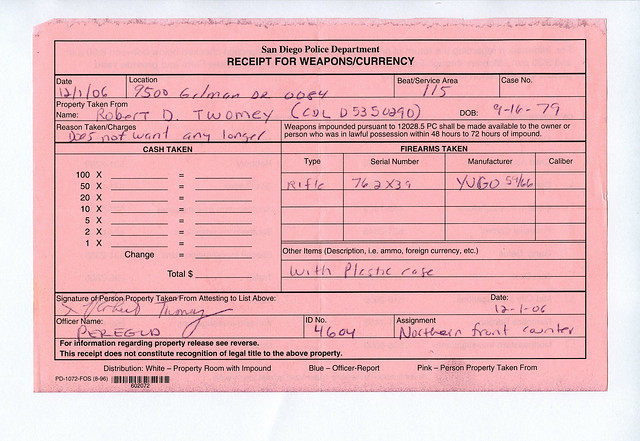 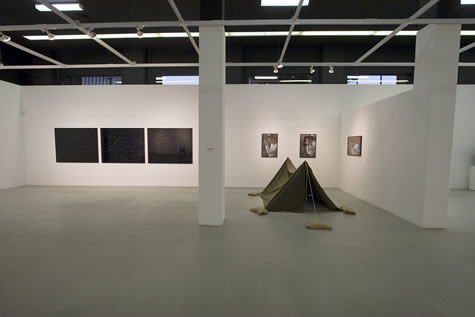 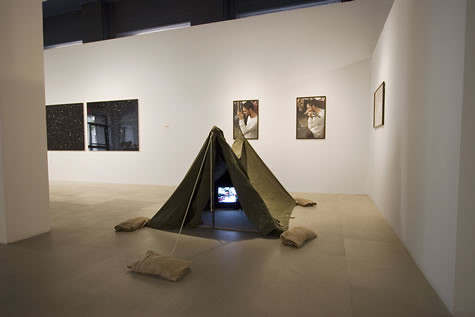 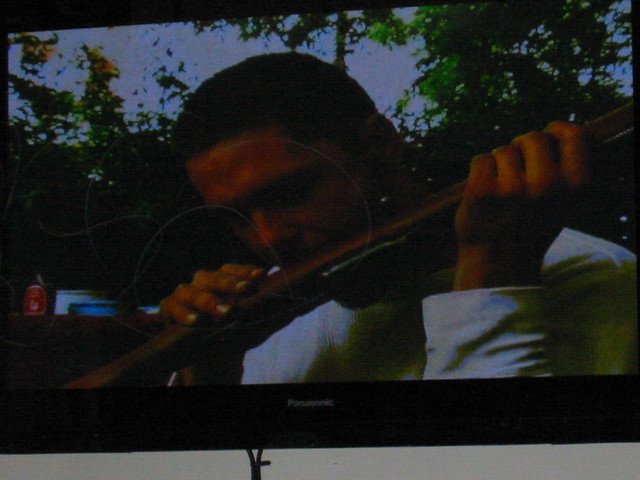 One thought on “One Way To Form A Bond”